DELTA – The Agricultural Land Commission’s decision to reluctantly hand over prime Delta farmland to Campbell government bulldozers reveals the extent to which the integrity of the farmland protection process has been destroyed, say New Democrat MLAs Charlie Wyse and Guy Gentner.

The commission has reluctantly agreed to remove 90 hectares from the Agricultural Land Reserve so the Campbell government can proceed with its preferred route for the South Fraser Perimeter Road, despite widespread public opposition. The commission said it “deeply regrets that suitable highway alignment alternatives to the use of prime agricultural land were found not to be acceptable from transportation and environment perspectives.”

The news follows last week’s discovery that construction along two sections of the proposed route started before any decision had been finalized.

END_OF_DOCUMENT_TOKEN_TO_BE_REPLACED

“The Transit for Tomorrow plan begins to fix our woefully inadequate transit with fiscal prudence during these times of economic hardship. Construction of the lines will boost the local economy and create jobs, while addressing our transport, health and environment issues all at the same time,” said Hillsdon.

END_OF_DOCUMENT_TOKEN_TO_BE_REPLACED 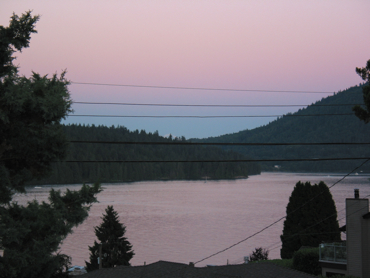 After two weeks of sunshine I’m surprised to not see “hospital gown green” smog nestled into the corner of our view where Mt Baker peeks out from behind Belcarra’s trees. On this particular day, just a few days ago, Mt Baker is barely visible even in a close-up shot. That has been the case many evenings. Other evenings, as the sun is going down, the glaciers on it are lit up in subtle pink and it resonates against the sky. Sometimes on a clear day I cannot see it at all.

END_OF_DOCUMENT_TOKEN_TO_BE_REPLACED

Event recap: VALTAC forum on Rail for the Valley

On Saturday I attended a forum put on by VALTAC (Valley Transportation Advisory Committee), hosted at the Langley Township Hall. (Nice building!) It was a statement toward our poor transit network South of the Fraser that all five speakers drove to the venue. Stephen Rees joked that the TransLink trip planner wouldn’t even give him a trip itinerary because it would take either more than 3 hours or more than 3 transfers. My proximity to the Hall made it easy enough to get there, if you consider a bus late by 7 minutes then a 20-minute walk easy. And Langley isn’t exactly known for being pedestrian-friendly.

The forum was about getting better public transportation South of the Fraser, mainly via rail connections. There is much support for one solution, spearheaded by a group called Rail for the Valley, which would reinstate the Interurban that ran from about 1900 to 1950 all the way from Vancouver to Chilliwack. Maps at the venue showed the dense urban centres through which this rail line passes. (Today it is used only for freight.)