Of rollercoasters, resolutions and resolve 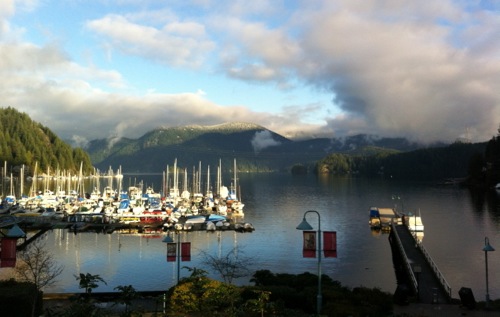 I cringe a little as I hear my desk chair’s sorry-excuse-for-casters grate against the hardwood floor, etching my every motion. I remind myself of wabi sabi now as I try to accept the subtle damage to my 1967 white oak parquet, refinished last summer to sand away the wear from a decade’s worth of someone else’s daily story. Looks pretty good for fourty-five years old.

But this story actually starts a year ago. I suppose it was in January 2012 that I started looking seriously at apartments. It was the beginning of a year that I would best describe as a rollercoaster.

Let me explain, in brief:

Conducted a nerve-wracking apartment search. Bought an apartment. Boyfriend and I celebrated our first year together as I got the keys. Renovated apartment. Moved (read: encouragingly shoved) out of parents’ house and into apartment. Lost best-job-ever of almost four years. Got new job. Boyfriend moved in. [Small unrelated personal event with its own silver lining.] Lost new job as we celebrated a year and a half, and six months as a homeowner. Decided to start freelancing in 2013. World didn’t end (yay!), not that I was worried.

Did I forget anything?

Despite appearances, I don’t think that anything particularly bad happened. Maybe in the moment, but in retrospect I was a little birdie being thrown head first out of several nests. 2013 will be about seeing how much my wings have grown. When my last 9-to-5 went “poof,” I felt excited about rethinking my work/life balance, reassessing what’s important and what I could be doing that I currently don’t — in my personal and professional lives. (Note to self for later.) Hmm, that sounds a little too much like a New Year’s resolution.

When we think of New Year’s resolutions, do we think of them as “firm decisions to do or not to do something”? [New Oxford American Dictionary] In popular culture I don’t see it as being either “firm” nor a “decision” but perhaps more of a panicked reaction to our lifestyles, or a guilt-laden to-do list item made for the sake of having one. Sometimes it’s set up to fail like a computer is built for obsolescence. Nevertheless, the new year is an excellent time to ask or remind ourselves what we want. No, I haven’t got a New Year’s resolution, but I do have resolve: “firm determination to do something.”

And I resolve to use my design practice and sense of purpose — this time as a freelancer — toward making the world a better place in 2013 and beyond. Because I can, I choose to, and I must.