I arrived in England on Friday morning. The British woman who had sat next to me on the plane lamented as we exited that it was cloudy. No problem, I said. “Nothing could be worse than the Vancouver weather the other day.” Anyway, I find the clouds settled over the hills kind of intriguing.

It’s greener here than Vancouver right now, but the hills in the country are still brown from a distance between the patches of grass and pasture. I’m trying to imagine what it looks like when it’s all lush. The place is covered in daffodils, some tulips have sprung, magnolias and the odd cherry bloom, and the birds are gloriously loud. On a forest walk, I spotted salmonberry bushes in early bloom, and learned one can suck on the nectar for a treat, which will be sweet if the petals are easy plucked.

Speaking of edibles, we visited a farm shop where I was reminded I wasn’t in North America anymore by the produce that comes from other interesting places. They have raw milk, cream and cheese. From this, my sister made her own yogurt and cream cheese, which was quickly devoured. I think I didn’t get a chance to try it with Sussex honey. 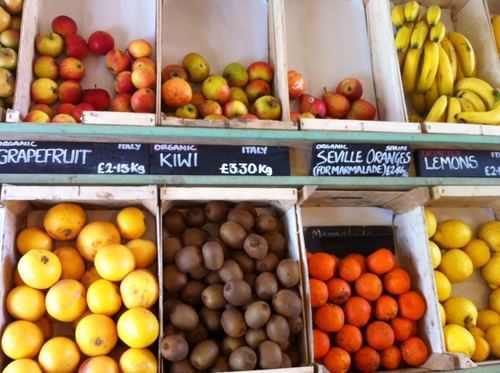 Next to the old inn and restaurant where my family had a delicious dinner is this church and its massive cemetery. Some of those who died back in the 1800s lived into their 80s and 90s. Many of the stones were so weathered, their dates were difficult to read. 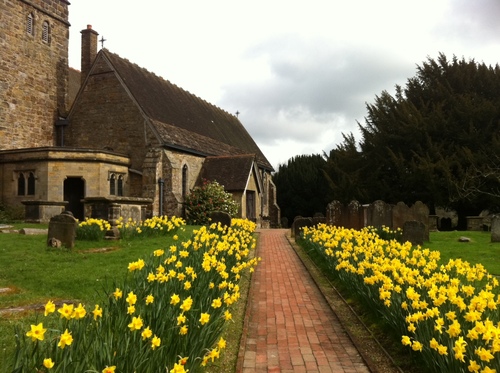 Down the street from there is the early 15th century Priest House which is maintained as a museum. Shown here is just part of their garden. The roof is stone. 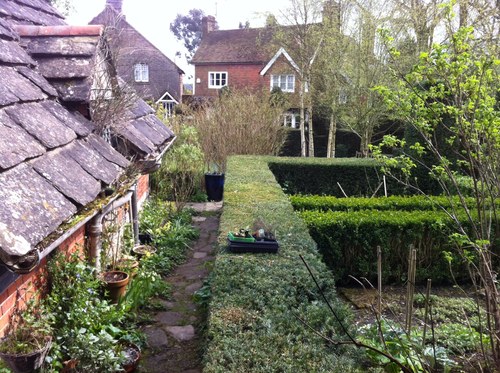 Yesterday, I ventured into London and wandered for about seven hours, including a good stroll through the British Museum, where I saw 100,000-year-old stone tools tucked in the corner of Ancient Egypt’s second floor. Somehow the 5,000-year-old artefacts were less interesting after that.

I mentioned the bike share in London in a recent post, and it wasn’t hard to find. Across from the shop I’ll talk about in a moment, all but one of the bikes had been rented. I saw tons of cyclists on their own bikes, but if you came empty-handed and needed one, the Bixi bike locations are abundant. 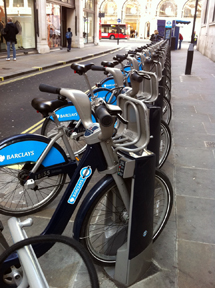 I insisted on visiting Unpackaged, a shop that exists to provide foodstuffs and even Ecover dish detergent without the packaging. Bring your own container, refill with nuts, flour, vinegar, what have you, and be merry. Ironically I showed up unprepared, but my lunch had come in something reusable/recyclable (yay!) so I put the hazelnuts in that, and got a branded paper bag for the rest, which I’ll keep. And yes, I did get a blueberry bar. (In Victoria Station, you can find individually-wrapped sushi rolls, and I got home to witness my sister’s fury at bubble-wrapped socks in the mail. Quite the contrast.) 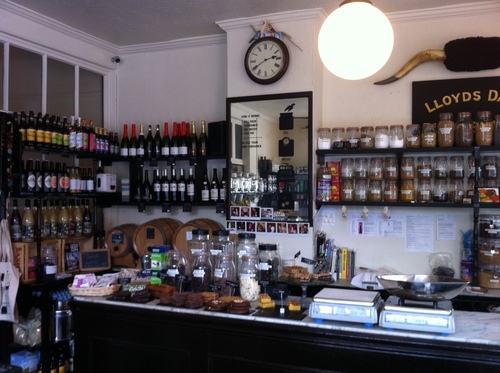 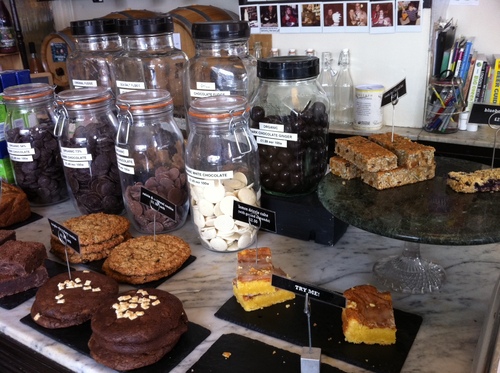 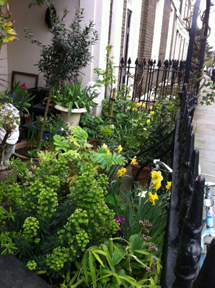 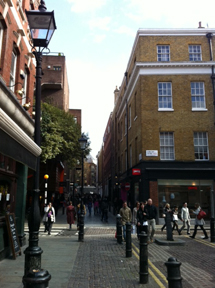 On the way there, I came across this tiny garden outside a flat. It just goes to show what you can do with a small space. I think of all the lawns five times that area in Vancouver that go completely unused. Although, if you own one of those, you can fix that now with Sharing Backyards. Anyway.

I got lost after I left the shop, so I hopped a bus that dropped me off near Covent Garden. I found myself in a shoe district, I think. That’s where I found out that Camper uses recycled materials in (some of) their shoes, and discovered the Natural Shoe Store (please come to Canada). They of course had El Naturalista and Simple, but also some Dutch shoes that were very tempting. Their prices looked good, but the exchange rate makes it a little steep for a Canadian. Besides, I don’t need more… consumption is still consumption even if I’m choosing ethical, more eco-friendly stuff. But I am a little jealous of their selection, being so close to Europe.

I’ll return to London a couple more times this week, with plans to visit the Tate and some parks and gardens. When I’m back in Canada, I’ll have more photos to post from my proper camera, and certainly more stories to share.

Time to tuck under wool blankets in an antique bed in a house much older than the city I live in. (Happy 125th, Vancouver!)

Tweet
Posted at 4:15pm. Tags: architecture, london, nature, transportation
NEXT Join the Earth Day Parade and then get your vote on
PREVIOUS What are you doing for Earth Hour?