I haven’t taken out the trash in six months 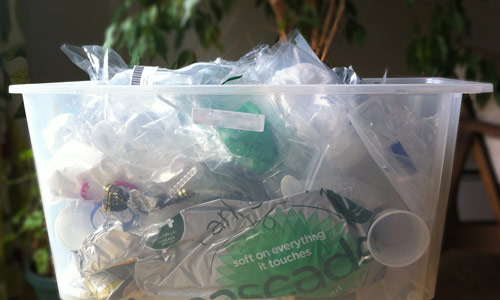 Before you start thinking I’m super gross and live in a pig sty, let me explain.

I’ve been keen on zero waste for a long time. I’m definitely a devoted recycler and composter, having grown up with both at home. But once I moved out I got to make my own choices about where my trash goes and how to keep it from showing up in the first place. Here’s my secret.

This is the most fun you’ll ever have recycling. There are tons of people at the depot. Assuming you pre-sorted your stuff into categories, once you’re there you just drop it into bins and have a chat with people. I usually pay a dollar to have three months’ worth of stuff recycled and the depot is a seven minute bike ride from home. Super convenient.