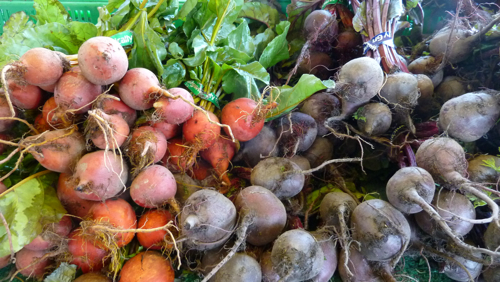 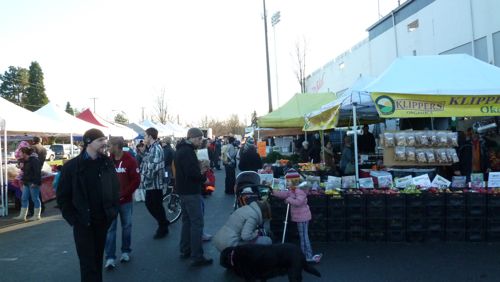 This is where local food and sustainable agriculture become especially important. Vancouver is blessed with some of Canada’s best farmland, so our access to fresh, local and often organic food is exceptional. The region’s Agricultural Land Reserve, however, is under constant threat from requests to remove large parcels of land from the Reserve for development. We need to make it clear to politicians and developers that local food production is vital to our food security, local economy, health and biodiversity. Resilience to upswings in food prices, to shortages, climate change and disease is built on having a diverse and thriving local food system. Agriculture that relies more on human power than machine power and petroleum-based pesticides costs less and yields more. The benefits are clear.

One camp participant pointed out that when California is facing water, energy and even food shortages, they won’t be selling their lettuce and strawberries to us, produce that do very well here. They key is to buy local and eat in season.

Want to save money at the grocery till? Here are some tips:

Start with eating products that are in season: they’ll be local, more nutritious and way tastier than those orange-red tennis balls we call tomatoes in March. Get your produce at the farmer’s market or a small, preferably organic, grocer. Supermarkets generally charge through the nose for fruits and vegetables.

Kick the sugary drinks and processed food. They’re bad for you and where subsidies to corn, soy and wheat make stuff like Cheerios (yes, I grew up on them too!) and frozen dinners appear cheap, you’ll be paying in health care costs and gym memberships.

“Eat food. Not too much. Mostly plants.” That’s Michael Pollan’s sage advice. (Then read his book.)

Cook your own! Make the time to cook fresh food then sit down with family and friends to enjoy it together. Clean up together afterward to make chores less onerous.

Buy in bulk and look for deals. This is a no-brainer. The National reported on some coupon keeners and number-crunchers, but failed to mention the bulk section. David Suzuki’s Queen of Green has tips to make bulk shopping greener and more convenient.

End food waste. You’d be surprised how much ends up in the garbage (or compost if you’re savvy). 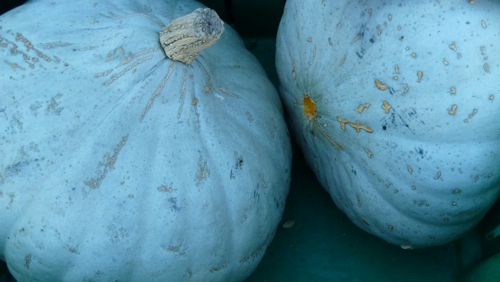