Many weeks ago out of sheer bad timing with rerouted buses, I ended up taking a walk down to the farmer’s market down the street, instead of bussing to my favourite. Ironically I had taken my camera out of my bag (who needs one on a regular grocery trip?) only to regret the decision when I discovered some real treats. Those will come later but today I want to focus on the thoughts one particular plot of land instilled in me.

I admit it’s not very organized or well thought-out, but I encourage my readers to offer suggestions on it. One man is doing something on a very small scale under the Burrard Bridge, and Onni developers have a seasonal project, both reported on by Gordon Price.

(February 26) Maybe I’m getting ambitious here, but when I saw a few fallow plots of land today, knowing they’ll be developed into housing [or ugly commercial space], I thought, what a marvellous idea it would be to turn one into a community garden with composts and vegetable patches. Maybe some fruit trees. Don’t you think? I would turn the soil with my own hands and put my sweat, blood, and tears into it. Easier said than done, and I know I’m unemployed right now (bored when I’m at home and feeling ambitious about community projects), but I think it would really add a sense of belonging to an area frought with sprawl, gates, high fences and too many cars. It would make our little corner more sustainable and allow us to use the organic matter from our discarded fruits and veggies toward growing plants, instead of sending it to the landfill in plastic bags. 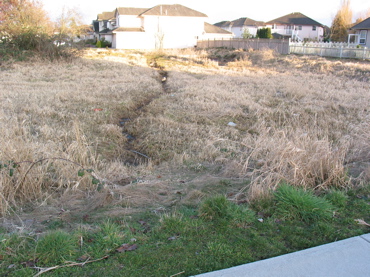 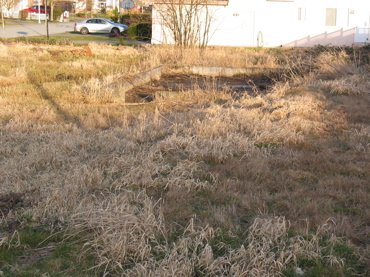 If a developer sponsored the project, they’d get some rather nice exposure that would set them in a positive light. Perhaps it would inspire community gardens to be designed inside townhouse plans.

I was watching a TV program where a community in England had created a garden open to anyone. The elderly woman who runs it explained that instead of paying to work out at a gym, people could come in and do some gardening instead and see some tangible results for their time and energy. Quick results. It’s very relaxing and you have to admit, gardens look so beautiful and give value to public space.

This is not a novel idea but it would be new to this neighbourhood.

Some additional thoughts: A few garden centres sponsored school groups to plant flowers in Surrey parks by donating bulbs. I think it would be great exposure for, say, David Hunter Garden Centres, or other smallish nurseries, to have a sign or two in the garden saying they donated plants and/or supplies. 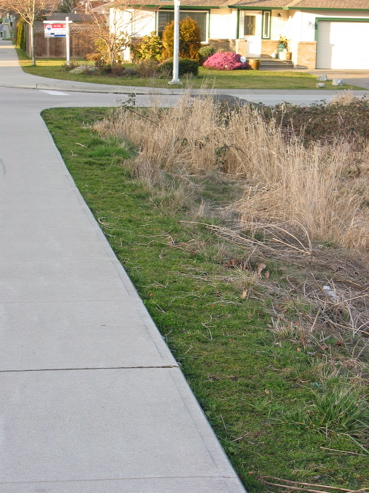 If Sepp Holzer’s permaculture strategies would work in a small plot like that, then the busy folk of Cloverdale would need to put in little input for a lot of gain. I think one advantage of the particular location is the townhouses nearby, which offer very little to no opportunity for gardening. Between small lots and busy people, having a community garden that’s maintained by many hands would allow flexibility and greater enjoyment. Another advantage to the location is the proximity to an elementary school.

Volunteer With Parks – Bulbs For Beauty