END_OF_DOCUMENT_TOKEN_TO_BE_REPLACED

the evening with sinking sun beckoned me.

it was unexpectedly appropriate.

shallow water, still as it can only be with no wind, no boats,

slopes quickly downward across the gritty sand, rocks and shells

where it tints silver-blue and in its rare clarity, with the welcoming spread of sand underneath it,

it seduces me to explore its depth up to my thighs.

in wintertime i feel the same,

only i do not indulge.

in summertime i cannot fight it, cannot break away and so as i move to retreat,

i turn back to admire it, desire it. it implores, and i wade back in.

END_OF_DOCUMENT_TOKEN_TO_BE_REPLACED 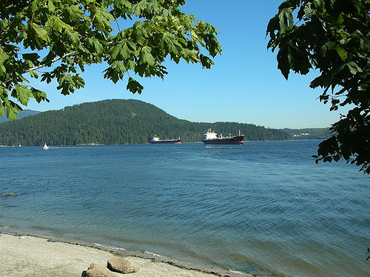 silently suggesting that summer is on its merry way out.

fire in water, the wind-torn edges curled up,

it negotiates the gentle, lapping tide.

reflections steal the leaf from view.

two sailboats, steered from the shore by father

the wakes of speedboats bounce them

as the waves undulate, roll, tumble against the beach,

each tip pushing another in diverging directions

until they ease upon the sand.

crisp whitecaps crumble into sea foam as they

dash the sand, splashing against me.

the heaviest suck back into the swell, dragging

sand and shells out from under my feet.

they whittle a steeper slope from the shore, a sculpture

that dries quickly in the warm sun.

the little girl’s blonde hair glows in the light

as she scrambles, shrieking with delight,

in and out of the water, mother casting a cautious gaze.

her feet and glistens all along the shore, in its slow,

she tosses handfuls of wet sand onto the dry.

huge waves pound the shore and delight me as I skitter back.

I no longer feel at one with the “sea” when my

limbs go numb and the water begins to sting around my calves.

but coot or not, this is bliss and I cannot leave it.

the sunlight curves across the beach, tickling the

water as if orchestrated, the rays singing.

I smile, stall and wait; the wind picks up.

as if the onlookers are betting on my decision,

I tip backward and barely move through the

chill before rising and trying once more,

only to get up, not defeated by the late season but

rather, refreshed and triumphant.

I smile up at the spectators and curl a towel

around myself, testing the water with my toes.

it no longer feels warm. the tide has ripped the heat

away and the sun is playing hide-and-seek

I pull myself away from liquid heaven,

the endless waves that make love to my overwhelmed skin,

as the sailboats head out to sea.

Thank you to Stephen Rees for the photograph to complement.