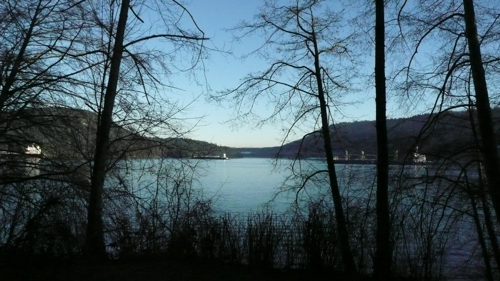 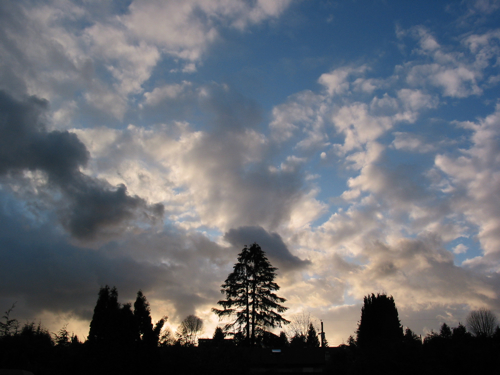 My introduction to UBC Farm and the threat it faces from developers was via the epic UBC Farm Trek on April 7. 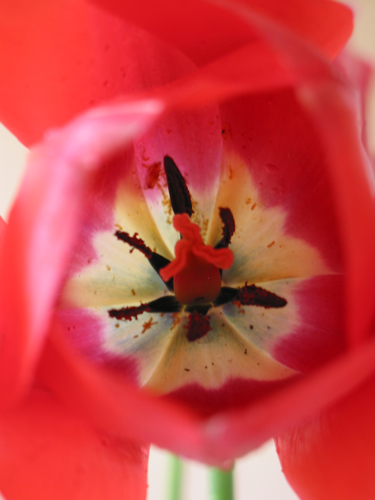 In May I launched my new blog design, celebrating 3 years blogging. In June, I had the opportunity to see Michael Pollan speak about his (at the time) latest book, In Defense of Food, get my hardcover copy signed, then have a guided tour of UBC Farm. 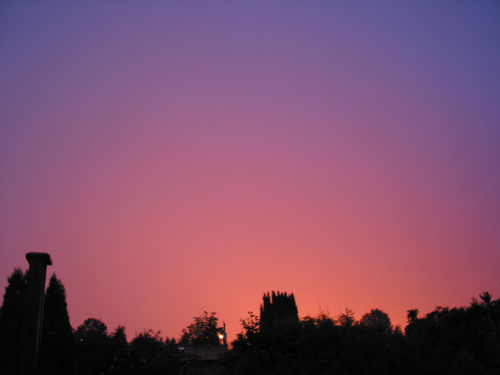 Coinciding with Celebration of Light fireworks I didn’t attend, and cancelling the lantern festival, an epic thunderstorm made a theatre of our living room. The above shot was the sunset after the clouds unleashed a fury like I had never seen before. I waited too long to bring out the camera but the storm kept going in the east long after sundown. The Slow Food Cycle in Pemberton was cancelled due to forest fires, but I made it to Agassiz for theirs. The combination of cycling and delicious fresh food is one of my favourites. Our ride through the hazelnut farm was a magical highlight on a weekend country trip. 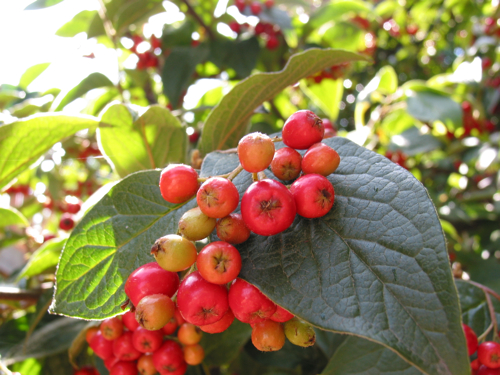 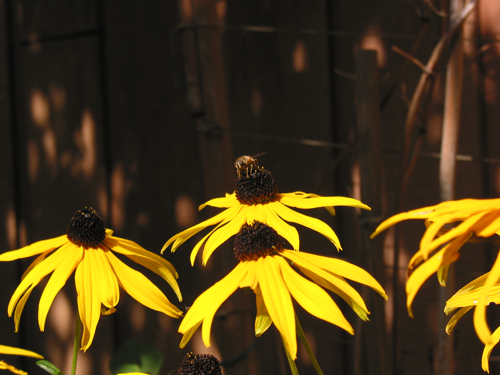 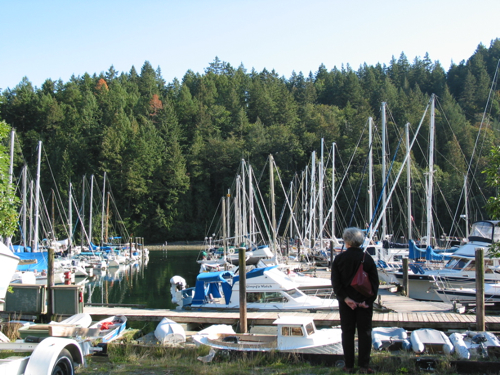 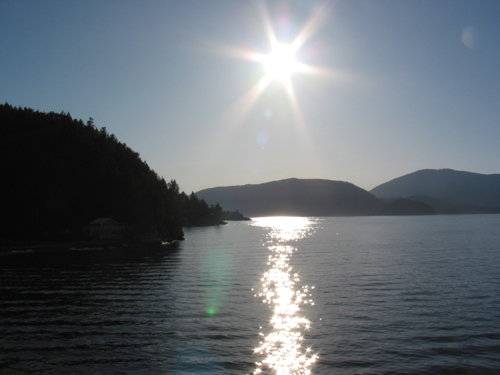 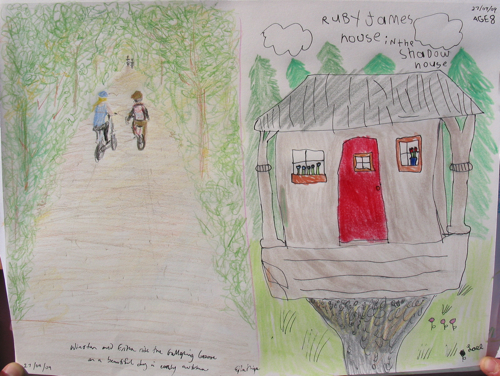 It was still summer in late September when I went to Bowen Island with family for an art opening in which my mother exhibited. A few days later a friend and I visited Victoria by bicycle. I had no photograph from the entire ride from Sidney to Victoria and back over two days, so I drew what an observer might have seen of us cycling my favourite section of the forest trail. I never finished the blog post:

There was something envigorating and new about starting a trip by waking up in darkness. I always enjoyed the crisp morning air in the summertime when we would set about leaving quite early, when the sun had just begun to spread its dusty rays across the moist garden. At the end of September, however, some days after the fall equinox that crispness is a refreshing chill, a stillness of barely dawn.

I left wide awake and calmly ecstatic, carried along by my bicycle to catch a bus that gradually revealed how awake the world is at 6:15 in the morning. Early October was much the same. I wound up barefoot on the grass, having biked there in sandals — in October! I love Vancouver, or the way in which I dare to not let go of summer despite toes freezing off. Late October offered us a warm day for the 350.org Climate Action Day but as usual I forgot my camera. 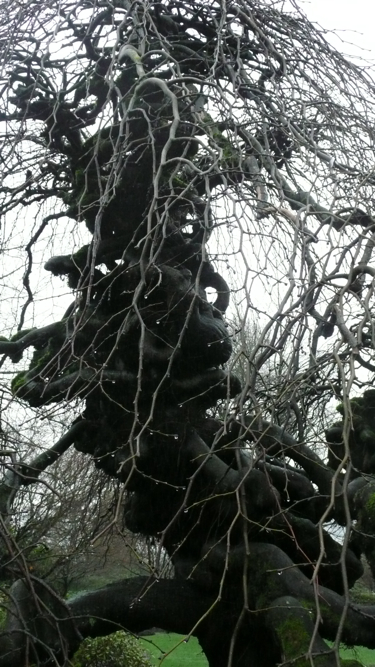 In November, I returned to Burnaby Lake for a printmaking exhibition and visited a tree that six years earlier had inspired a series of digital prints, a drawing and various other bits and pieces. 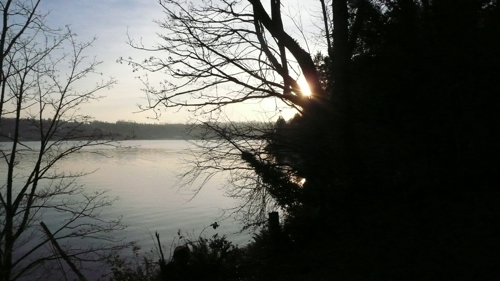 My various loves converge in this photo taken Christmas Day. The last month of this cultural decade saw the Copenhagen summit’s failure while people took action globally. I was there.

December to me is relaxing; it feels comforting and warm and final in a way that allows me to settle down and just exist without thinking about what’s next. January is new so I suppose December is old, but not worn.

In December I learned what happens when bicycle tires attempt to kiss ice and frost, and fortunately they fare better than my sneakers, the treads of which are long gone. I then decided to subtract the risk of injury from my future courageous exploits after that last brush with the potential for an asphalt sandwich. I lived vigorously enough in 2009: I swam (determinedly) 9 days in a row (as evidenced by a scar on my foot that did not heal properly) in a season that started the first week of June and ended in mid September, and I explored territory both familiar and uncharted by bicycle (as evidenced by a scar on my calf). In 2010 the determination to extract every last drop of a season and earthly pleasures will, I think, make it a very fruitful year. Now… can I please have some snow?