END_OF_DOCUMENT_TOKEN_TO_BE_REPLACED

I’ve managed to stuff my weekend to the brim with various events, from Juno festivities to enviro-political discussions, and a possible, long-overdue trip to the market.

In 10 hours, Avaaz’s new petition asking the federal government to support the CBC has garnered over 25,000 signatures. Please sign the petition and pass it on to your friends!

The Winter Farmer’s Market is on again at the WISE Hall (1882 Adanac St. in East Van) from 10 am – 2pm. Well, technically it’s spring now, so there are some fresh surprises:

Good-bye winter blues (and flus!) — spring has sprung at the Vancouver Farmers Market and what better way to celebrate than with the arrival of spring crops. Brian Patterson of Shalefield Gardens will have several varieties of sprouts including Broccoli, Mustard and Red Radish, as well he will have Micro Greens, Jerusalem Artichokes, Strawberry plants, and Nettle, oh my!

Still fighting off that winter cold? Don’t forget to pick up some garlic, which Brian says his customers are most excited about. His favourite recipe? Garlic broth soup, with celery, carrot, and nettle. Don’t forget to also visit Langley Organic Growers, for their selection of spring greens, including Baby Kale, Arugula, and Mustard Greens. Join us at the Market for this delicious start to spring, but get there early if you want the greens! — Facebook event page

Stopping the Gateways to the Tar Sands: tomorrow

1 – 4pm. Free, pre-registration is not required.

The Tar Sands megaproject in Alberta has been described as the most environmentally destructive project ever built. But many people don’t know about the pivotal role proposed BC projects could have in facilitating tar sands expansion and fueling demand for tar sands oil.

Join us for a short video, presentation and discussion on the ways tar sands plans depend on proposed projects in BC. The presentations will focus on the Tar Sands, the Proposed Enbridge Gateway Pipeline, and the Gateway freeway and port expansion schemes.

Harjap Grewal — Council of Canadians: The Gateway and other proposed tar sands pipelines.

Jessie Schwarz — Greenpeace: The environmental and social impacts of the tar sands.

A reminder that it’s Earth Hour from 8:30 – 9:30 pm (local time). Granville Magazine lists 21 ways to spend Earth Hour sans power. I will be observing it at a large party with candles for each person, which should be lovely! I think I missed it last year so this may be my first one. I enjoyed the Globe and Mail’s article about getting creative for Earth Hour.

END_OF_DOCUMENT_TOKEN_TO_BE_REPLACED 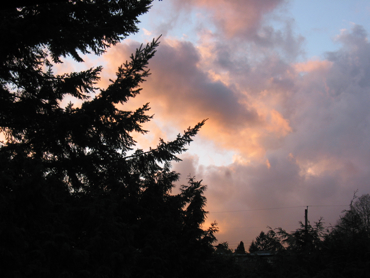 what an amazing day.

the sun is warm happiness radiating

I talk at length with four people

and indulge my vices

apples crisper than ever imagined greet me immediately and yes, kind sir, I will see you again soon.

the hall is stuffed with scents and warm colours that suggest the turning of fall into Christmas. I cannot wait for the next two.

at the market I move in slow motion, with thoughtful decisions and careful handling of the earth’s most sacred gifts for which I have a delectable passion.

suddenly the presence of honey, maple and bread intermingle with curiosity and my senses urge me without hesitation to ask for a plump loaf of sourdough which I shall with butter enjoy later.

hues of pumpkins, squash and apples overflow amongst varieties of mushrooms, potatoes and dried fruits, all the colours and textures singing the plenty that is the harvest here, even so late in the fall. this is abundance.

I leave with luscious beet greens slung across my back and deeply enjoy the sight from the corner of my eye.

it makes me feel somewhat of a peasant or… something special… a collector of sorts.

a perfect day for a walk.

to pass time I follow people to a cluster of studios in the most unlikely place for the Eastside Culture Crawl which I had not planned to attend. when I am wealthy I will buy other people’s art and gourmet cheese. today my wealth is my experience.

happily timed my bus arrives and I cradle my earthly belongings.

a young man strums an acoustic guitar at the back of the bus, a surprising reminder of when I once did the same.

sunlight pours in across the city and the trees, between the branches, the dead leaves 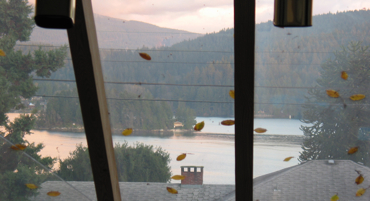 it was dark inside, and outside the fog had rolled in, shrouding everything, and through which the neighbour’s light glowed softly. and yet I could still see shimmering clearly a star — nay, a planet — in the black sky. the moon lit up the top of the fog’s arm that stretched over the inlet, yet I could not see the moon. little time had passed since I saw its reflection, perfect and white on the still water. its face looking downward and half hidden, the moon played hide-and-seek behind the thickest part of the cypress, thick enough to block it from entering the house. but I knew it was there; on the sparkling dotted glass its shape blurred and crackled. tonight it was shy but it will soon light up the darkness like a second sun, come fullness.